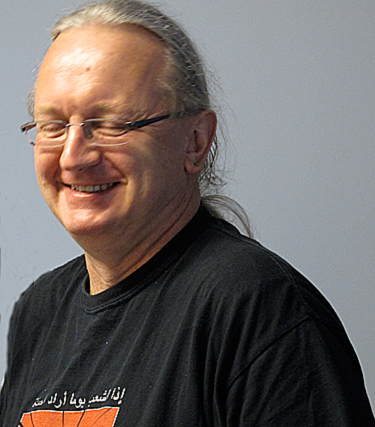 Recent years have seen the social role of sport become increasingly important in government policies while activist movements have begun to pay more attention to sport-related and -based campaigns. Mega-events are justified because of their potential to regenerate cities and leave ‘legacies’, whatever they may be, while communities stage protests over their dislocation by these same events – First Nations in British Columbia, shack dwellers in Cape Town, the former residents of Clays Lane (Stratford, London), current residents of Rio’s favelas and Circassian groups in Russia have all objected to the impact of Olympic and Men’s Football World Cup events on their lives. Elsewhere labour rights campaigns implicate sport industries in clothing worker exploitation, international agencies invoke sport as a development tool, government policies deploy sport as a crime reduction method or a mechanism to enhance ‘social inclusion’… amid all this, Brighton University’s Sport, Leisure and Social Justice conference (19-20 September 2013) presented an opportunity to explore the objectives of these political struggles around sport events and practices with its discussions between scholars and activists.

The conference opened with David Wolff (University of Brighton) outlining the University of Brighton’s Community University Partnerships Programme, designed as a bridge between community demand and need and university skills but functioning as mutually beneficial programme in the co-production of community programmes. Alongside this case study in corporate social responsibility Jules Boykoff (Pacific University, Oregon) discussed Olympic related activist campaigns as ‘event coalitions’ of campaigners where the mega-event functions as a site for focussing activism and profile; for Boykoff these campaigns are less a movement of movements as a “moment of movements”. This session, completed by Peter Donnelly’s (University of Toronto) discussion of the tensions between community engagement and the audit cultures that increasingly dominate higher education (a recurrent theme), anticipated many of the issues explored throughout the conference: the significance and usefulness of confrontational actions, the role, profile and constraints on academics as ‘public intellectuals’, the limits and possibilities of work in and with corporate bodies and the tensions between celebration and critique in sport-related events.

The organisers did well to integrate academics and activists/practitioners and all shades between and in combination. A useful panel looking at sport for development and peace (SDP) programmes featured Simon Darnell’s (Durham University) call for research programmes that move beyond the limitations of the dominant positivist approach to embrace the diversity of on-the-ground views, draw SDP participants into research design and heighten the context, especially the political economic contexts of SDP programmes. Alex Cardenas (University of Ulster, Derry) and Megan Chawansky (University of Brighton) discussed forms of academic activism in SDP work, Alex emphasising the potential and problems of these programmes for peace, and Megan unpacking issues of gender in the US State Department’s Global Sports Mentoring Programme and the Ernst & Young supported Women Athletes Global Leadership Programme to tease out issues of class, gender and corporate power. These two discussions of academics’ work in SDP were then further supplemented by Pete Beeley’s (Fight for Peace International) views from the ground as a worker in SDP, including football-based activity in Sierra Leone and martial arts programmes in Rio. In the discussion part of the panel, Simon Darnell challenged us to consider the ways that sport for development programmes may be part of the post-2008 rebranding and re-legitimation of neo-liberalism.

The conference concluded with a stimulating panel of activists/practitioners discussing their work in sport and movement cultures with an emphasis on race and ethnicity, peace-making and space, and gender and sexuality.

Other themes and discussions explored public intellectuals and activism during which Payoshni Mitra (Independent Researcher, Kolkata) discussed her advocacy work with inter-sex athletes in the context of both a three way discourse between activists, intellectuals and media-publics and the current political struggles around violence against women in India. Elsewhere in the same session Jayne Caudwell (University of Brighton) considered the question of research-informed activism by considering the acceptability of types of evidence, the challenges of speaking out and issue of the sustainability of both that research and that activism. John Horne (University of Central Lancashire), Ashley Gunter (University of South Africa) and Jon Dart (Leeds Metropolitan University) considered aspects of mega-events, while forms of football related resistance were explored by Mark Doidge (University of Brighton) on Livorno, Netta Ha-Ilan (Open University, Israel) on Hapoel-Kataman Jerusalem and Will Simpson (Bristol) on Easton Cowboys. The conference concluded with a stimulating panel of activists/practitioners discussing their work in sport and movement cultures with an emphasis on race and ethnicity, peace-making and space, and gender and sexuality. This panel included Alister O’Loughlan’s (Urban Playground Team) powerful account of a parkour programme in Srebrenica in Bosnia-Herzegovina as one of the most potent cases of the transformative potential of non-sport movement cultures.

Alongside the opening up of activist-academic discussions and dialogue, the conference prompted further issues. There are aspects of the conference that enhance and extend the discussions at the 2008 To Remember is To Resist conference at the University of Toronto (papers from which are published in Sport in Society Vol 13:1 in 2010), and other facets for me prompted other questions.

These questions arise from the opportunity offered so successfully by the organisers; they provided a space for exciting, inspiring and productive discussions and exchange. It is up to us recognise the spaces that are beginning to open up around sport, leisure, politics and activism as well as the gaps between the academy and activism and to find ways to create more productive relations that can help build programmes that undermine the constraints imposed by corporate sport and related body and movement cultures. I hope there will be publications, but also that they are published in a form that is readily accessible beyond the academy. 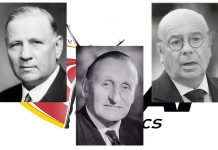 Spotlight on IAAF: A critical analysis of athletics’ governing body from Edström to Nebiolo

Important, award-winning contribution to the literature on Indigenous sports in society

The International Journal of the History of Sport, Volume 36, 2019, Issue 17–18 | Beyond Twenty-Four Million Words: New Perspectives from IJHS Editors 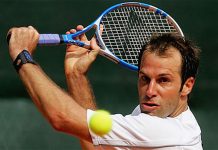 We did our best, during the spring semester 2013, to promote the conference on Sport, Leisure and Social Justice at the University of Brighton, 19th–20th September 2013, publishing the Call for Papers two or three times – but to no avail, since, judging from the report from the conference by Malcolm MacLean that’s published here, no Scandinavians contributed to the discussion of the crucial issues of sport’s new social and political role in today’s glocalized world. Big thanks, therefore, to Malcolm for letting us all take part of his own experiences and conclusions from what seems to have been a very useful conference.

The discussion centred on topics such as Public Intellectualism & Activism, Sport for Development and Peace, and Communities & Campaigns, and featured leading scholars in the field worldwide, as well as activists from organizations and campaigns working with sports in various ways. In his report, Malcolm MacLean summarizes and structures the presentations and outlines some problems and ways forward.


MALCOLM MACLEAN is Reader in the Culture and History of Sport at University of Gloucestershire. He’s an historian by training with degrees in anthropology and sociology, and is interested in the cultural and social experience and identities associated with sport and exercise, and especially in sport as a cultural industry and practice.

TRANSLATE with x
English
TRANSLATE with
COPY THE URL BELOW
Back
EMBED THE SNIPPET BELOW IN YOUR SITE
Enable collaborative features and customize widget: Bing Webmaster Portal
Back