More
Home Language use and sports: A study of language acts in four different sports contexts

Language use and sports: A study of language acts in four different sports contexts

In this article is presented the result of a comparative study of two projects on language use in sports contexts. One project studies athletics, jujutsu, and gymnastics, and the other studies the school subject Idrott och hälsa (physical education), in classes adapted for newly arrived immigrant pupils. The article focuses on the verbal communication between the instructors/teacher and the trainees/pupils. In the article is used a linguistic speech act analysis (Teleman et al 1999), complemented by the theoretical framework by Bernstein (1973 an onwards). It is obvious that every similarity between the contexts also includes a crucial difference, concerning, for instance, the restrictions when using the verbal language and the body language, as well as the overall aim of the instructors/teacher. In sum, the differences effect the progress and development of the participants’ skills in the different contexts.

Get the full-text article in Swedish

KATARINA LUNDIN is an associate professor in Scandinavian linguistics at Lund University. Her research concerns language use in uni- and multilingual sports contexts, focusing on communication between instructors and athletes. She also studies language didactics in teacher education. She is the author of several research based study materials and is the scientific leader of a module writing project, initiated by The Swedish National Agency for Education, with the purpose to facilitate the development of the Swedish language as well as knowledge of the subject for the newly arrived immigrant pupils in Swedish schools. 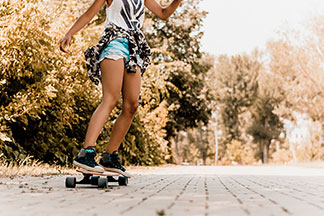