More
Home News Call for Papers | The Cultures and Politics of Leisure in the...

Leisure is a central rather than a peripheral feature of culture. Indeed, the divide between leisure and “productive work”—to which it is traditionally opposed—has never been an impassable wall, but rather a porous boundary involving dynamics of control, negotiation, and hybridization. Far from a mere holiday or retreat from society, leisure represents a specific domain of activities in which core social and cultural values and structures are expressed, reified, transmitted, learned, manipulated, and resisted. Cultural historian Johan Huizinga found play to be “productive of a culture,” sociologist Erving Goffman viewed games as “world-building activities,” psychoanalyst Donald Winnicott referred to play as the very locus of the “cultural experience,” and anthropologist Clifford Geertz borrowed Jeremy Bentham’s concept of “deep play” to convey the high stakes that certain leisure activities can hold for their participants.

This international symposium seeks to draw inspiration from such ideas in order to develop a multidisciplinary and transnational reflection on the role that leisure, in its myriad rituals and forms, has played in the British Isles, the Commonwealth, and the United States. We endeavor to place leisure at the center of broader discussions about nation, empire, class, gender, sexuality, religion, race, and ethnicity. We are particularly interested in proposals that explore how leisure practices and their representations within visual culture have been essential to “the invention of tradition(s)” (Hobsbawm and Ranger), the formation of “imagined communities” (Anderson), the “performance” of gender (Butler), the shaping of “spiritual practice(s)” (Blackshaw), the “making” of classes (Thompson) and “social distinction(s)” (Bourdieu), as well as those focusing on how communities and individuals have subverted and negotiated the dominant cultural meanings, identities, and hierarchies inscribed within popular leisure forms. We also invite state-centered approaches that explore how the politics and policies of leisure have shaped metropolitan spaces and lifestyles, as well as serving to regulate the labor productivity, “biopower” (Foucault), and moral codes of the nation. Moreover, we encourage projects that take transnational and/or comparative approaches, as well as those that seek to situate the study of leisure within the histories of empire and capitalism to examine how leisure practices have been transferred and appropriated throughout the world (colonies, Commonwealth, and elsewhere), at times serving as instruments of cultural, political, and economic domination and at others as tools of struggle and emancipation. We welcome contributions spanning the whole historical continuum, from Middle Age festivals and fairs to Digital Age social media activities and on-line games. 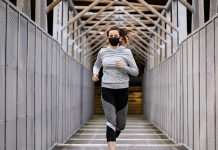 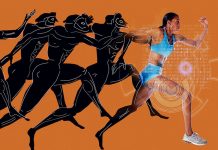